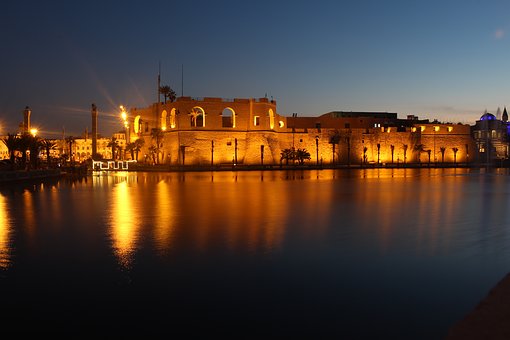 The city is famous for its crusader fortress, the Citadel of Raymond de Saint-Gilles.
Around Tripoli are several ancient mosques, hammams and markets dating back to the Ottoman Empire.
It is fascinating to see the Islamic heritage that continued after the Ottoman rule in the city.
The city has many ancient and historic sites, including the Hippodrome, the Roman Necropolis, the monumental archway and the Roman bathhouse.
Tripoli was added to the UNESCO World Heritage List in 1984 for a good reason. You will find yourself among some of the most beautiful archeological outdoor sites.