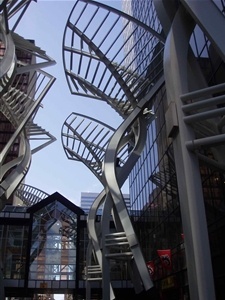 At Calgary Stampede, Calgary’s residents and tourists are saddled up for ‘Earth’s Largest Outdoor Show’. It happens every year in July. The ‘Half Million Dollar’ Rodeo is the center of western entertainment, racing with prairie carts, concerts, exhibitions, animal show, The Stampede Casino and m.m.m.

Calgary is a city in Canada and has well over a milleon inhabitants. The city is located in the southern part of the province of Alberta. The economy is based on oil, agriculture and technology. Calgary became world famous
when the city hosted the Winter Olympics in 1988. The climate in Calgary very cold in winter and hot in
the summer. What many do not know is that Calgary is the entrance to the northern part of the Rocky Mountains and
states such as Montana, Washington and North Dakota.