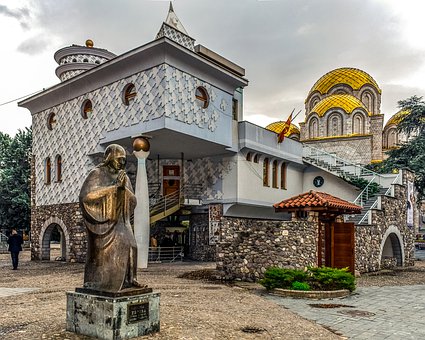 It has a long history, rich in customs and traditions.
Archaeological evidence shows that civilizations flourished in northern Macedonia as early as 7000 BC.
If you are a history buff, that means you will simply love Skopje’s many archeological excavations from Dardanian and Roman times, Byzantine churches and monasteries.
Despite the controversy surrounding the government buildings, we still think it’s worthwhile to visit the Macedonian capital and decide on the city and explore some of the other attractions in Skopje