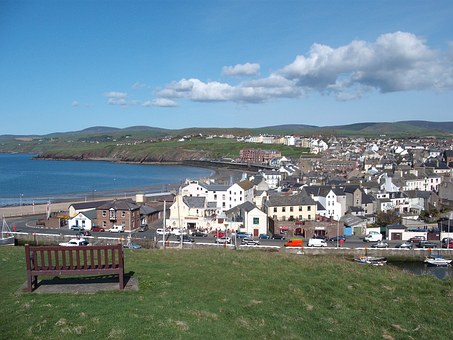 According to Irish annals, the Vikings first entered the Isle of Man in the year 798. By 820, they had conquered the island and settled there. They founded a prosperous Viking colony that benefited from trade between Ireland and the Scottish islands. The Isle of Man was centrally located on the sailing route between Scandinavia and Ireland. What about steam trains from port street Mary to Douglas, then the electric tram to Ramsay and there is a tram on to Snaefell.